As he took to the podium in front of Congress for his 2022 State of the Union Address, President Joe Biden wasted no time in diving into the world’s most pressing issue: the Russian invasion of Ukraine.

From his perspective, and from the perspective of US intelligence, Russian President Vladimir Putin has “miscalculated” not only the response of Ukrainians, but also that of the international community.

“He thought he could roll in Ukraine and the world would turn upside down. Instead, he encountered a wall of force he never imagined,” Biden said in his opening remarks. “He met the Ukrainian people.”

According to US intelligence and regular updates from journalists on the ground in Ukraine, Russia did not expect to face resistance from Ukrainians who valiantly defended their homeland amid Russia’s continued elevation of catastrophic measures to take over the country.

Biden linked that courage to the leadership of Ukrainian President Volodymyr Zelenskyy, who remains in his country to lead his people despite offers to flee. He also paid tribute to the Ukrainian Ambassador to the United States, Oksana Markarova, who was present.

“From President Zelenskyy to every Ukrainian, their fearlessness, courage, determination inspires the world,” he said.

On the international front, most of the rest of the world, including the EU, the US and other public and private sector leaders, have imposed the toughest sanctions against Russia in its history while engaging in a military and humanitarian aid to Ukraine.

These sanctions targeting the oligarchs, Putin himself and many others, have plunged the Moscow stock market, caused the shares of some of Russia’s largest companies to crash and devalued the Russian ruble by 30%.

“We are inflicting pain on Russia and supporting the Ukrainian people. Putin is now more isolated from the world than ever,” Biden said.

He also said that the United States would ban Russian planes from its airspace, join Europe, and mobilize American forces to support the protection of NATO countries on the Russian border such as Poland, Romania, the Latvia, Lithuania and Estonia. Biden also made it clear that NATO and US forces would not directly engage Russian forces invading Ukraine, meaning the country will have to survive with continued military and humanitarian support.

The president then pivoted to talk about the US economy. In his eyes, the economy is coming back stronger from the pandemic.

Biden hailed the passage of the American Rescue Plan Act to bring relief to Americans still amid the dark days of COVID-19, and his bipartisan infrastructure bill, which will update transportation infrastructure across the country.

On jobs, Biden cited his record first year in office, which created 6.6 million new jobs across the country. To add to that, he implored Congress to pass his bipartisan Innovation Act, which invests in emerging technologies and manufacturing. Biden also said the bill was needed to compete with ever-rising China on the world stage and help fight inflation by buying more products made on American soil.

He acknowledged that inflation was a problem and attributed it to the disruption of global supply chains by the pandemic. Along with asking Congress to confirm his Federal Reserve nominees, Biden said salaries needed to go up and costs needed to come down to combat the problem.

Some of the costs he said could be reduced were prescription drugs, energy used to deal with climate change and children, who could get a free pre-k while parents get a credit. child tax extended.

The extended child tax credit would be part of the Paycheck Fairness Act Biden advocated for in his speech, which would also raise the minimum wage to $15 an hour. He also mentioned the PRO law which has not yet been passed, which would strengthen the unionization of workers throughout the country.

On the tax side, Biden discussed imposing a minimum 15% corporate tax, as well as a potential global tax rate so corporations can’t evade it by shipping jobs and overseas production.

On an individual level, Biden also said no American earning less than $400,000 a year would face more taxes.

“I’m not trying to punish anyone. But let’s make sure corporations and wealthier Americans start paying their fair share,” he said.

Biden then denounced the record profits made by companies amid COVID-19 and the fraud committed by some using paycheck assistance and other relief programs during the pandemic.

In response, he announced both a Justice Department investigation into pandemic-related fraud and a crackdown on foreign companies that overcharged American businesses and consumers.

Speaking of COVID-19, Biden offered a positive message in the continued fight against the virus as the country has seen cases drop over the past month.

“Thanks to the progress we have made, thanks to your resilience and the tools we have, tonight I can say that we are moving forward safely, returning to more normal routines,” he said.

In addition to updated CDC mask guidelines, Biden also continued to promote vaccinations, other FDA-approved antiviral treatments and free testing. These vaccines would also be pushed around the world. Regarding new variants, he mentioned the possibility of new vaccines.

To return more to “normal,” Biden echoed other leaders around the country on the importance of returning to in-person school for students and for businesses to return to the office.

On immigration, which has been a burning issue so far ignored by Congress on the legislative front, Biden has backed a path to citizenship for DREAMers, and that’s where pro-immigrant statements have stopped.

In an apparent effort to appease Republicans in the chamber, Biden instead opted to speak more about the importance of “securing our border,” through more targeted efforts on drug and human traffickers, while hiring more immigration judges to deal with cases.

To the dismay of many immigrant rights groups watching, Biden also made no mention of the continued detention of immigrants in centers at the border and across the country.

Similar to immigration, Biden has also attempted to walk a line when discussing nationwide police reform. He cited the Justice Department’s requirements for body cameras for officers and bans on chokeholds and no-knock warrants.

Biden also championed the importance of community policing while pointing to the $350 billion the American Rescue Plan Act has provided to cities and states to do this work.

With that defunding in mind, the president fired back at the oft-repeated line to “defund the police.”

“The answer is to FUND the police with the resources and training they need to protect our communities,” Biden said.

Biden also addressed in his speech the growing threat to Roe from Wade and abortion rights across the country, the nomination of Justice Kentanji Brown Jackson to the Supreme Court to replace incumbent Justice Stephen Breyer, the opioid crisis , privacy and mental health issues. on social media and more support for veterans.

Needless to say, that was a lot considering everything that happened in the last year, but as Biden tried to say to calm nerves about the Russia-Ukraine conflict: 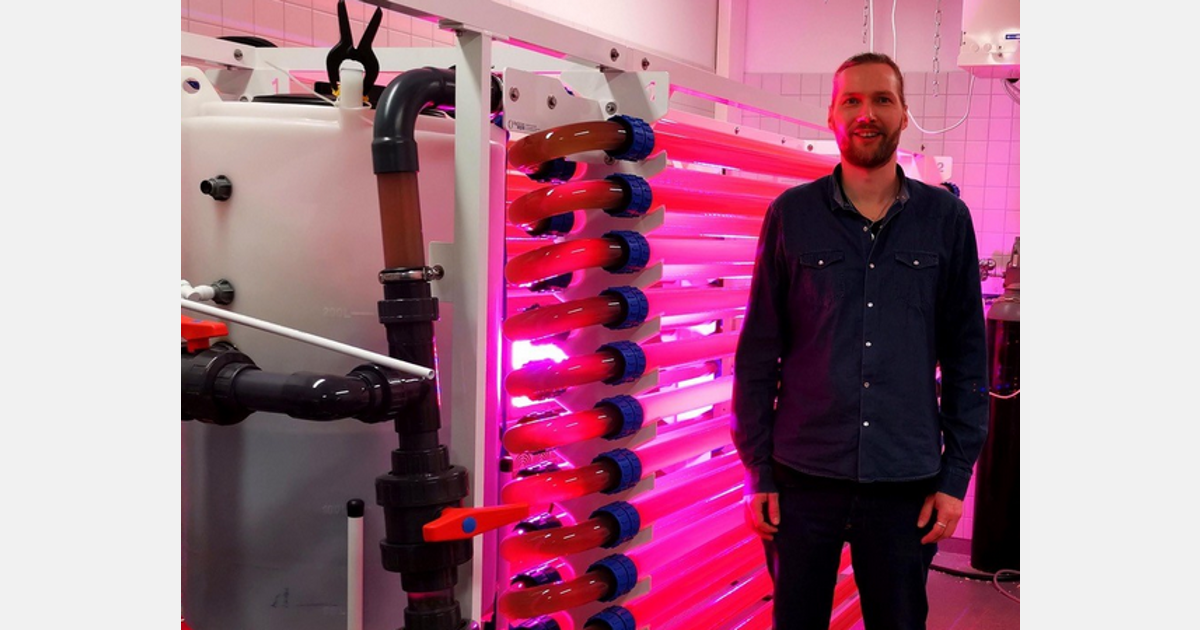 Can the Spanish economy survive a Catalan secession? | Catalonia 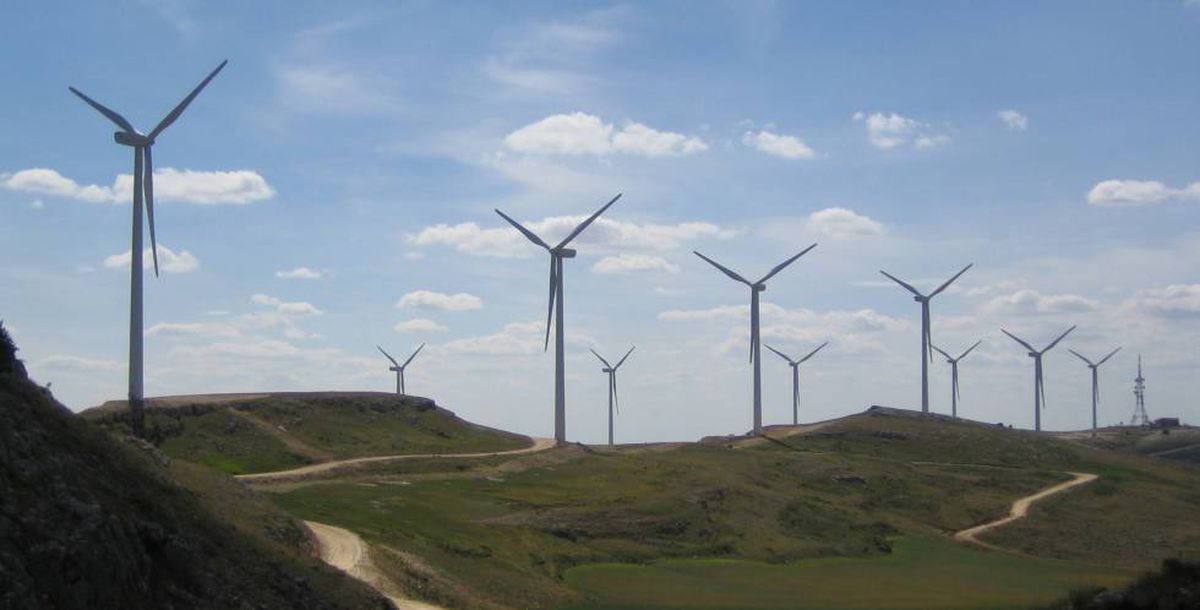